A Christian’s Role in Politics

When I ran for the California State Assembly, I lost because of Christians. I know – that sounds harsh, but it’s true. Over 15.3 million Christians live in California today, and of those 15.3 million, only half are registered to vote. Of that half, only twelve percent regularly vote in a non-presidential election.

So, when a Christian runs for office in California, they are facing insurmountable odds. But not from the opposition – from their own supporters. There are simply not enough Christians who show up to vote.

Why is this? Do Christians just not care about who is elected to office?

I know what you’re thinking. Is that a problem? Is it wrong for Christians to be disengaged from politics? Aren’t we supposed to abide by Romans 13 and “submit to the authorities,” trusting that “the one in authority is God’s servant for your good”?

You can tell that I’ve had this conversation before.

They use this passage to explain why God doesn’t want us to engage in politics. But is that true? Would God actually prefer us to be apathetic about who is running our country and what laws they are putting in place?

In my experience, we are misreading that passage in Romans 13. We are missing the point of Romans 13, and in doing so, we are missing out on seeing God work through His people to bless a society.

Part of a Christian’s role in politics is the responsibility to teach the world how to live righteously with God and with other people.

What Romans 13 actually says is this…

“Let everyone be subject to the governing authorities, for there is no authority except that which God has established. The authorities that exist have been established by God. 2 Consequently, whoever rebels against the authority is rebelling against what God has instituted, and those who do so will bring judgment on themselves. 3 For rulers hold no terror for those who do right, but for those who do wrong. Do you want to be free from fear of the one in authority? Then do what is right and you will be commended. 4 For the one in authority is God’s servant for your good. But if you do wrong, be afraid, for rulers do not bear the sword for no reason. They are God’s servants, agents of wrath to bring punishment on the wrongdoer. 5 Therefore, it is necessary to submit to the authorities, not only because of possible punishment but also as a matter of conscience.” (Romans 13: 1-5)

Taken at face value, it may seem that this passage calls us to do whatever those in power ask, whether right or wrong, good or evil, just or unjust. As a result, some Christians throw up their hands and disengage from politics. But that doesn’t reflect the whole counsel of Scripture. After all, Paul would not have asked Rosa Parks to sit in the back of the bus or for Martin Luther King Jr. to stop preaching desegregation. Right?

When we read this passage in context with the rest of scripture, Paul’s point in Romans 13 becomes clear.

The true authority that ultimately governs every life is the God who creates life – and we are accountable to Him for how we live… which includes how we engage in government.

Far from commanding apathy, God’s Word actually calls for political engagement in an effort to obey God and reflect His character in society. Daniel disobeyed Darius and went to the lion’s den. Moses’s mother hid baby Moses from Pharoah. Many of the twelve apostles went to prison for preaching Christ despite the authorities’ opposition.

Romans 13 does not ask us to submit unlimitedly to governing authorities. It reminds us that our true governor, our ultimate law, is God. We must always remember that God and His laws are our true authority. We must follow God first.

How Romans 13 Applies to Us

Romans 13 asks us to listen to those in power, those who rule and govern. Many people in the U.S. today think that “the governing authorities” are elected officials. Congressmen, governors, and mayors. But our nation’s founders actually created our government to be something very different.

In the United States, power rests with the people.

As a constitutional republic, our governing officials represent us and our needs. “We the People” means what it says. We, the people, have the final say in how we are governed. And our founders made sure that the government could never take away our ability to oppose them if they misrepresent us.

So, in the context of Romans 13, it is our responsibility as those who “govern” to see that God’s moral laws become well known and widespread throughout our society. We, the people, are responsible! We have a moral duty to show the world how to live in accordance with God’s righteousness.

Our Call to Act

God does not ask us to submit unlimitedly to governing authorities. He asks us to participate in our government for His glory. 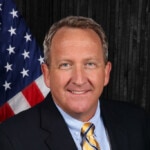 Rob McCoy, a contributor of TPUSA Faith, is the Senior Pastor of Godspeak Calvary Chapel of Thousand Oaks (California). Learn more about the church through visiting the website today.