Being Pro-life: It’s Time to Step Up for Mothers and Babies

In June of 2022, something incredible for the pro-life movement happened.

Something many in the Church had prayed about for decades.

The nearly 50-year-old Roe v. Wade ruling was overturned by the Supreme Court of the United States.

It was monumental, a cause for celebration, lifesaving.

God answered thousands of Christians’ prayers in a mighty way. But despite such a victory, the fact is that the fight is far from over.

And I’ll be perfectly honest with you.

Nothing gets me angrier than when I see the American Church being lazy after witnessing God intercede so powerfully in our country.

After Roe V. Wade was overturned, many pro-life Christians in America shifted into cruise control, coasting on this victory as though our job is done.

You see, while I’m thrilled that Roe V. Wade has been overturned and that the lives of millions of innocent babies will be saved as a result, this isn’t the end of the battle. In many ways, it’s just the beginning.

The overturning of Roe V. Wade wasn’t simply a “political win” in America. It was a shift in responsibility for the pro-life American Church.

It’s now time for the pro-life Church to move from being a Warrior to being a Champion.

Here’s what I mean:

Before the overturning of Roe v. Wade, we were locked in battle with legislation that was taking innocent lives and destroying futures. We were warriors. Now in the aftermath of that battle, we must become champions for the innocent lives of the mothers and babies who’ve been saved.

It is the Church’s responsibility more so than ever to be a father to the fatherless. To do what we’re called to in James 1:27…

…to look after orphans and widows in their distress…

The fact that the laws have changed does not excuse us as the Church from being light in a world that is convinced that humans in the womb are parasites, disposable, problems to be dealt with and not image-bearing humans, each loved by God.

We have to remain vigilant, fiercely advocating for not just the unborn, but the born.

One of the claims of many in the pro-choice movement has been that pro-life advocates aren’t really interested in babies or their mothers, that is all just about stopping abortions. It’s a false narrative, but one we haven’t done a good enough job of countering.

It’s time for the pro-life Church to step up for mothers and their babies in a way that shuts down that argument for good.

That means adopting, fostering, and funding places that will make sure teen moms and their babies are provided the care they need for the life God offers.

The pro-life Church has a unique opportunity to step in now more than ever and help provide for those who feel like they have nowhere to turn – scared mothers-to-be who can’t fathom how they will take care of the baby they hadn’t expected.

If you put yourselves in the shoes of a young woman who is pregnant, you can understand the fear and uncertainty they often experience. And if we don’t come alongside them as Christians, all they will hear is the culture saying to abort the child and live their life how they want to.

Well it’s time for them to hear the pro-life Church roar, louder than ever before with hope. Not just telling them what not to do. We need to be the ones saying,

“You’re not alone. You’re loved. You’re seen by God. Loved by God. And the life in you is precious. It’s going to be okay.”

So going forward, before we gloat and shout about how legislation now prevents people from doing the unspeakable, let’s be the ones to say we’re here to help you do the right thing.

And we won’t just leave you stranded and wish you and your baby the best of luck. We’ll help you both have the full life God intends.

Because we’re the Church and we’re here to show the world the love of Christ. 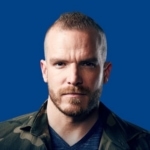