The Dangers of Cultural Marxism

The Church needs people who understand the times in which we live so that we can make a difference in our cultural moment.

So I’d like to help you better understand one of the concepts that’s increasingly discussed in our society today to help you see clearly what’s at its core and how it relates to the gospel.

It’s the issue of Cultural Marxism.

The term “Cultural Marxism” gets thrown around a lot these days in debates about social justice, critical race theory, and intersectionality.

While it’s important for Christians to bring biblical clarity to topics like racism, oppression, hatred, and violence, it’s equally vital to understand how Cultural Marxism stands in opposition to a biblical worldview.

We have to acknowledge, however, that rejecting the ideas of Cultural Marxism and arguing against it does not mean that we deny that real problems like racism, oppression, hatred, violence exist. These are real issues that must be addressed politically.

But we need also to realize they present an open door for the gospel.

Cultural Marxism gained traction in the early 1900s in an effort to explain why Karl Marx’s workers’ revolution had not swept across the globe as he envisioned. Cultural Marxist identified two main culprits: cultural hegemony and access to mass information.

There are two main players you need to know if you’re going to understand cultural Marxism.

Cultural hegemony maintains that the thoughts and views of a society are forcibly disseminated by the ruling class and do not reflect the reality experienced by the various minority groups. Today’s cultural Marxists seek to overthrow this supposed hegemony (currently thought to reflect a white, male, cisgendered, worldview) by gaining control of those in positions of power such as politicians, professors, and even pastors.

The other player is not an individual, but a group of individuals known as the Frankfurt School.

These were German philosophers from the early 20th century. They believed the Marxist revolution never happened in part because people were receiving so much information through mass media. Their aim was to utilize mass media and other platforms of information to subvert the cultural hegemony and advocate the radical shift in social thought they were seeking.

It’s an approach that present-day Cultural Marxists attempt to employ, with even greater sophistication and subversion.

As a result of these efforts to infiltrate media, education, and the Church over the past century, many people now view themselves as splintered parts of oppressed subgroups who are being unfairly controlled by the cultural hegemony.

And the end result of this agenda is that real pain, real sin, real brokenness doesn’t get addressed. By eliminating the role of individual accountability in society and attributing society’s issues to the oppression of cultural hegemony, Cultural Marxists cut off the pursuit of truth which could lead to individual healing and a more just and unified society.

Christianity must counter this agenda by proclaiming that in Christ, there is now neither Jew nor Greek, neither slave nor free, male and female (Galatians 3:28), but that we’re all one in the Savior who rescues us from the oppression of sin. 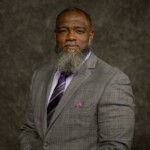 Voddie, one of the more prolific pastors of our day, is known for his ability to demonstrate the Bible’s relevance to everyday life without compromising the centrality of Christ and the gospel. Whether teaching on classical apologetic issues like the validity and historicity of the Bible or the resurrection of Christ or teaching on biblical manhood/womanhood, marriage and family, or the Social Justice Movement, he helps ordinary people understand the significance of thinking and living biblically in every area of life.