The Intersection of Christianity and Culture 

It’s been said that the Bible is more current than tomorrow’s newspaper.

But how can it be that a collection of writings, the most recent of which are roughly two thousand years old, remain relevant to today’s realities.

It’s because the Bible is not just a collection of writings – it is the inspired Word of God. Hebrews 4:12 tells us…

“For the word of God is alive and active. Sharper than any double-edged sword, it penetrates even to dividing soul and spirit, joints and marrow; it judges the thoughts and attitudes of the heart.”

God’s Word is living, and when you look carefully into it, you will find answers to the moral decay of our time.

It’s imperative, therefore, that we use the Word of God to address society’s issues. And to do that, we have to know what is in the Word of God so we can apply its truth.

You may be asking, “But what about separation of Church and state?”

This is a widely misunderstood concept in our time. The intent of the separation of Church and state is to keep the government (state) out of the Church and not the other way around.

So then, what is the proper relationship between Christianity and politics? And what is the duty of Christians when it comes to influencing politics and culture?

“You are the light of the world. A town built on a hill cannot be hidden. Neither do people light a lamp and put it under a bowl. Instead they put it on its stand, and it gives light to everyone in the house. In the same way, let your light shine before others, that they may see your good deeds and glorify your Father in heaven.”

With that in mind, I want to share five things you need to do to bring a biblical, Christian perspective into culture and politics.

The verses above from Matthew five are clear – we are to be a light to the world. Not a hidden light, tucked away in some corner shining just for ourselves. We are a city on a hill, for all to see. The first step you have to take is to embrace that calling.

As a Christian, you are a citizen of heaven above all. But God has placed you in America, at this time, for a reason. Recognize the position you are in and use it for God’s Kingdom. We aren’t trying to win people to a political party but to Christ.

Know you will be opposed – and remain fearless.

There are many Christians who are afraid to speak out. They may be afraid to offend, afraid of what it will cost them, afraid to lose friends or be cancelled. And while God has promised that there will be a cost to following Jesus, he also promises the reward will far exceed the hardship.

“Blessed are you when people insult you, persecute you and falsely say all kinds of evil against you because of me. Rejoice and be glad, because great is your reward in heaven, for in the same way they persecuted the prophets who were before you.”

If you aren’t facing opposition, you might be going with the crowd, not the King.

Know that you will face persecution, you may even have people try to “cancel” you for speaking God’s truth. But here’s a truth you need to hold on to…

You can’t be cancelled by culture if you’ve been cancelled at the cross.

Your former self has been put to death in Christ. You’ve already been cancelled where it matters, and now you are free to live for Jesus.

Now that you know that you’re called by God and that you will face opposition, the next thing to do is prepare for battle.

You’ve probably watched many football games. Have you ever seen a player run out onto the field without pads or a helmet? No. In the same way, you must prepare yourself for the spiritual battle. You need armor and weapons, and those are found in God’s Word.

Finally, be strong in the Lord and in his mighty power. Put on the full armor of God, so that you can take your stand against the devil’s schemes.

If you’re going to use God’s Word to influence politics and culture, then you’ve got to know what’s in His Word.

Speak the Truth with boldness.

Armed for battle, it’s time to get out there and fight. Resist the indoctrination that’s being pushed on our children. Push back against the lies of the world with the Truth of Scripture.

If we aren’t using the Bible to redeem the societal and political structures around us, then we are just leaving them up to the devil.

We need faith to infiltrate the political sphere. But we also need political issues to be discussed in the Church so that we can approach them from a biblical perspective and be prepared to speak the truth with boldness.

Pray for those who are lost and misguided.

Finally, we need to recognize that our enemy is the devil and not those who do not agree with us. They may be our adversaries when it comes to political and social issues. But just like you, they are made in God’s image and in desperate need of redemption.

The Lord is not slow in keeping his promise, as some understand slowness. Instead he is patient with you, not wanting anyone to perish, but everyone to come to repentance.

We need to pray for the unbelievers, that they would come to repentance. Pray for believers who have bought into the lies of culture, that they would return to God and become advocates for His truth.

Turning our nation to God is what will keep our nation strong. And God has placed you in this place, at this time in history, because He wants to use you for that purpose. Together we can bring the timeless wisdom of Scripture to our nation and help turn hearts back to God. 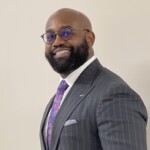 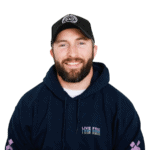 This article was inspired by a conversation between Jon Root, Shane Winnings, and John Amanchukwu from TPUSA Faith’s YouTube channel. You can learn about Shane Winnings and Jon Amanchukwu by clicking their names and accessing more information on their ministries.