The Truth about Our Current Culture’s Crisis

It’s no secret that our culture is in chaos. You know it. I know it. We all know it.

We feel frustrated by the stories that we hear on the news every day. There is always something going wrong that is bigger and badder than yesterday’s news story. A new riot. An incoming natural disaster. Another corrupt leader.

Maybe like a lot of people you feel scared… me too! After all, we feed on terror 24/7. On social media, at work, and in our families, people can’t stop talking about the latest crisis. Our culture loves a good disaster.

But should Christians act the same?

What are we supposed to do when faced with our culture’s fear, blame, and anger? God offers us “peace that surpasses all understanding,” but it’s often hard to live out our faith in a culture consumed with chaos. The issues feel so real, immediate, and unchangeable.

It’s not as unlikely as you might think. Socialists for centuries have created dissension in order to gain more state control – and it all starts by scaring the people with the latest “crisis.”

The History of the “Crisis”

“You never let a serious crisis go to waste.”

Rahm Emanuel, the Chief of Staff under President Barak Obama from 2009 to 2010, famously said this at the end of the 2008 presidential election. He certainly isn’t the only one who believes it. It has been echoed throughout centuries as socialism has grown and developed.

Socialists have a long history of using a crisis to strip the people of their freedoms.

In fact, the earliest socialists clearly explain this strategy. At the University of Berlin, Karl Marx, the father of Communism, was a member of a radical student group called The Young Hegelians. They studied Hegelian dialectics exploring how a populus will give up their freedoms to the state through a sequence of emotionally charged events. Hegel states that if you create a problem that is really bad, then the populus will settle for your solution that is half as bad in an effort to regain the status quo. But then, that half-as-bad answer becomes your new starting point moving forward. When another problem comes along, the populus will settle for the half-as bad answer again, but this time they are starting from that previous half-as-bad solution. This happens again and again until, as Hegel theorized, the people have given up all their power to the state.

Marx believed that you have to get people to fear crises, because when people fear they will trade freedom for security.

This concept is the foundation of “critical theory.” Socialists in the early twentieth century would study countries in order to see the natural breaks in their culture and name those groups into the “haves” and “have nots”. Poor versus rich. Catholic versus Protestant. Proletariat versus bourgeoisie.

Then, they would pit these groups against one another. Socialists would promise to fix the riots and killing and chaos – usurping power in order to do so.

This has happened countless times throughout history, and especially in the recent twentieth century. The British used this tactic to take over India and the Congo. The Soviet Union used it to sway forty-five countries behind the Iron Curtain. Even the U.S.’s CIA used it as a tactic to install pro-America leaders to former Soviet countries during the Cold War.

Those in power often pit groups against one another for the sake of consolidating power. Fidel Castro said, “The revolution needs the enemy. The proletariat does not flee from the enemy, it needs the enemy.” Even more telling, Richard Pipes, in his book Communism: A History, wrote, “And if enemies were lacking, they had to be fabricated.”

I wish I could say this didn’t happen in the United States, but I can’t. In 1893, Socialist Eugene Debs organized railroad workers in the Pullman Railroad Strike, where they burned and destroyed over $80 million of railroad cars across 27 states. Years later, he founded the Socialist Party of America, for whom he ran for president five times. In 1920, the Socialist Party broke off into the Communist Party USA, which began supporting Democratic candidates for elections in the 1940s.

We are living in a culture where riots, natural disasters, and protests are used to pit groups against one another for the benefit of those in power.

The Christian’s Role in our Culture’s Crisis

All the kings of the world run their states through fear. They always have.

Except for one anomaly. For 400 years, ancient Israel did not have a king. Ancient Israel was given laws by God that switched the rule of power; the laws asked its people to have virtue and morals so that it could be ruled from the bottom up. The power stayed with the people because they were responsible for caring for their culture.

God’s relationship with Israel foreshadowed how He relates to us today. God, in all His goodness, asked His people to evaluate their hearts. He does not rule the world through fear. He lets us choose to love Him. God hides Himself behind creation because if He ever revealed Himself in all His awesome, incomprehensible power, every atom in our being would fall flat and worship Him, and God does not force us to love Him. What a gracious God!

Christians have a responsibility to see through the culture’s crisis agenda. We should not be puppets of fear or anger or chaos. Instead, let us be proponents of God’s love as we strive to see through the media’s attempts to pit us against one another. 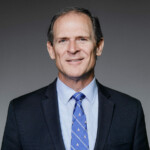